Scared of catching the virus

No one warned me what life would be like here 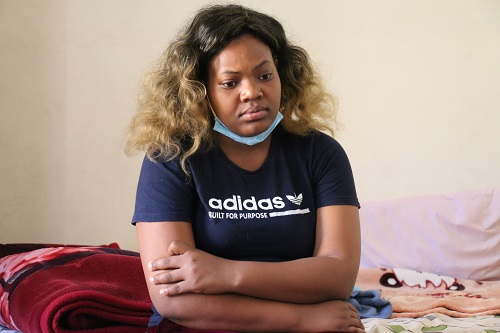 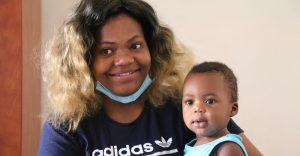 Djajida with her eight-month-old son

My name is Djajida, I am 26 and I am from Kenya. Life was good back there but my younger sister and I were raised by a single mother, and for as long as I can remember, it was very difficult to make ends meet since there was no work for my mother and us. At age 20, a Kenyan agent told me I got a job as a domestic worker in Lebanon, which would pay $200 a month for 8 hours of work every day. He also said I would have a day off every week. I was very excited, because $200 is a lot in Kenya, and I thought I could help my family well with that money. I did not hesitate for even a second, and I decided to come. No one warned me what life would be like here.

I arrived in Lebanon in 2014. My Lebanese agent finalized the paperwork, gave my passport and papers to the family I was going to work for, and the family took me to their place. Nothing turned out as I expected! I was working from very early in the morning till very late in the evening. I had to wake up before them, and when they had guests in the evening, which happened often, I had to clean everything after them, no matter how late.

I was not allowed to have breakfast with the family. I could only eat once they were done and if there were leftovers. Some days, I was so hungry that I would take some bread without them seeing. It made me feel like a thief.

The most difficult thing was not being able to talk to anybody. I felt so alone. I did not have a phone, and I could only call my mother once a month for a few minutes. But my employer never called my mother with her real number, to make sure she could not reach me if she wanted to call me and talk more. I spent all my alone time crying. Every day used to start with my employer yelling at me for a reason or another.

You know, I wouldn’t even have minded the workload and the poor treatment, if only I was getting paid and I could have sent money to my family in Kenya. 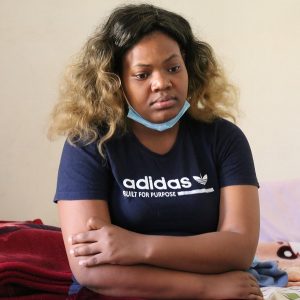 But this family did not pay me anything for the first four months I worked at their place. I can’t believe I stayed there for so long, when the whole reason I came here in the first place was to be able to send money to help my mother in Kenya.

Eventually, after I asked my employers to pay me and they said they could not, I ran away. At the time I did not speak any Arabic, I did not know anyone in Lebanon, and I had no money whatsoever. I had heard that if the police catches you, you spend a little bit of time in prison, and then they send you back to your country, which I did not mind at all. But no one caught me, and I had absolutely nothing, so I found my way to the agency that first brought me to Lebanon. I thought they would understand and help me go back to Kenya. But when I arrived there, there was another girl who told me that she was beaten very severely when she said she wanted to go back to her country. I got very scared and I only asked the agent if he could send me to another family, which he did.

I only stayed for a week with this new family. I believe it is because my previous employers were mad at me for running away and did not agree to give my papers back. To this day my passport is still with them. After that I was sent to a third employer, which was a little nicer, at least at first. I used to clean their house and help them in the shop they were running. The family used to order food from outside every day, so at least I did not have to cook on top of cleaning and all the rest. The house was small, so small that I did not even have my own room or space. I used to sleep in the corridor on a mattress that I would remove in the morning. Still, I felt more comfortable in this house because in the morning I was alone and I had some peace.

Because I felt I could trust this family, I made a big mistake: I accepted not to be paid every month, but at the very end when I would leave. After a few months, the family started having financial difficulties, and everyone became very stressed. They started complaining about me more and yell at me because I was not cooking and they had to order from outside. But no one ever taught me how to cook Lebanese food, I only knew how to cook Kenyan food. One day, we ran out of water so I could not perfectly clean the house like I did every day. When my employer came in, she lost it and started beating and beating me.

I promise you, on that day, she beat me like my mother never beat me. She was yelling “why am I paying you?”, which is ironic since I had never received any money from her. She beat me several other times, especially if I broke something while cleaning. Toward the end my hands were shaking when I was working, by fear of doing something wrong and being beaten again.

One morning, she violently slapped me in the face for a minor mistake I made while we were cooking. That was the last straw. I waited that she was off to work, packed my belongings and ran away, again, with almost nothing. I managed to get in touch with some other domestic workers who were now working independently, and I stayed with them. Since then, I have been renting my own room and working part-time, doing independent cleaning during the day. It is much better. If you work well people call you often and they pay you straight away. And you feel like you have your own life. 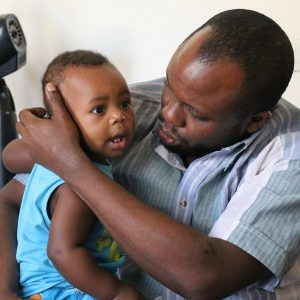 After a few months living on my own, a friend introduced me to Dotun, who had recently arrived to Lebanon from Nigeria. We fell in love and have been together since. After one year, God blessed us with our first child, and now we are expecting a second child.

For a few months, we have been able to get by. But with the financial crisis, and now the lockdown, we have no more income at all. We haven’t been able to pay our rent or our electricity bills for the past three months. Thank God, our landlord has been understanding so far, but for how long?

MERATH’s partner[1] heard about our situation. They called us and asked more questions. Then they decided to give us a food voucher, masks, and soap. We already used the voucher to buy rice, beans, tomatoes, fish, and many other things. It has helped us feed ourselves and our baby boy.  We are so grateful for the people who are behind this, because it is not easy to give from your own money to help other people, especially in these difficult times for everyone.

We are a little scared about our children’s future. This is our biggest concern now. We hope they won’t face too many difficulties and have a better life than ours.

We came to Lebanon thinking it would be much better than in our countries. But things are very difficult. We haven’t sent any money to our families, let alone save money to start a better life in our home countries. But our faith has helped us through it all. We believe that God has a plan for our life, and will not abandon us. He has been faithful to us so far. This food voucher we received from you is yet another proof of that! 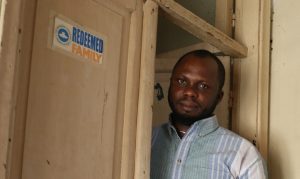 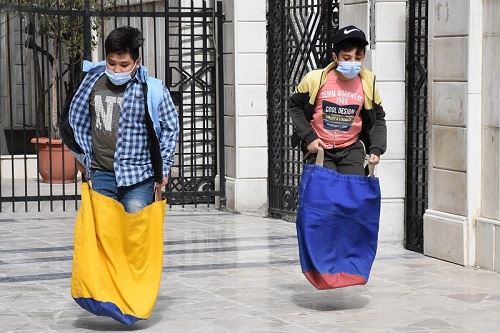 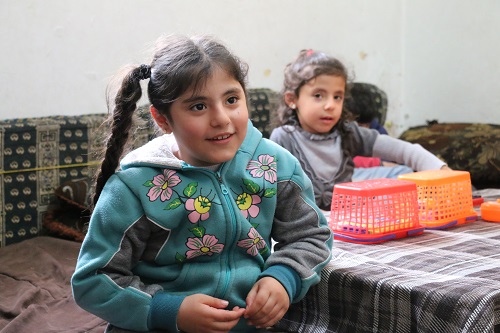 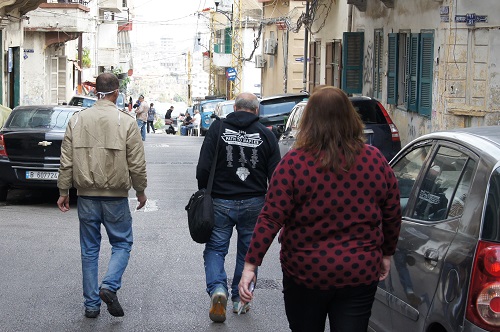 The Church is not a building