During lockdown, I learnt English with my children 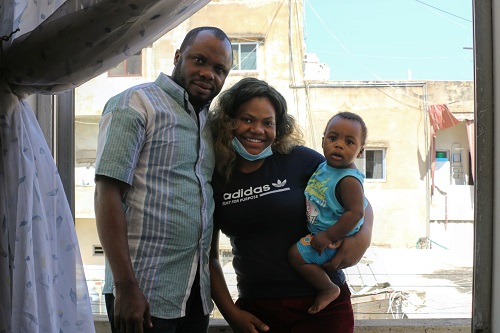 The anti-racism protests in the USA are strongly resonating in Lebanon. Local voices are now rising up to denounce the underlying racism in the Lebanese society, which has overlooked for decades the many abuses faced by migrant domestic workers in the country. There are over 250,000 migrant domestic workers in Lebanon – mostly women – coming from African and Asian countries and working full time in private households. Although many of these women have been among the most vulnerable and marginalized in the country for a long time, the financial crisis and the COVID-19 outbreak have made their situation even more desperate.

Please pray for guidance and open doors as our team tries to respond to their worsening needs.

The root of all abuses

Migrant domestic workers have been among the most vulnerable and marginalized in Lebanon for a long time, and many local and international NGOs have repeatedly reported numerous cases of abuses. Among the most common abuses are “extreme working hours and lack of rest days, severe restrictions on freedom of movement and communication, food deprivation and lack of proper accommodation, verbal and psychological abuse, physical violence, forced labor.”[1] The situation is so bad that two migrant domestic workers die in Lebanon every week, by botched escape attempts, or suicide.

Twenty-six-year-old Djajida’s story is only one of many:

“The most difficult thing was not being able to talk to anybody. I felt so alone. I did not have a phone, and I could only call my mother once a month for a few minutes. But my employer never called my mother with her real number, to make sure she could not reach me. I spent all my alone time crying. Every day used to start with my employer yelling at me for one reason or another. You know, I wouldn’t even have minded the workload and the poor treatment, if only I was getting paid and I could have sent money to my family in Kenya.”

At the root of all these abuses is the Kafala sponsorship system: migrant workers coming to Lebanon are under the legal sponsorship of their employers who get to keep workers’ papers and passports. Migrant domestic workers are not protected by national labor laws and have nowhere to turn to in case of abuse. The fate of these women depends only on the goodwill of their employers, the “Madams” and “Misters” with which they live around-the-clock.

In Lebanon, COVID-19 erupted in the middle of a severe economic and financial crisis which already caused many Lebanese families to lose their jobs and income. Three months of lockdown have made the situation even worse: unemployment has risen to 35%, and around 50% of the country’s population, if not more, is now projected to be below the poverty line.

Countless Lebanese families can no longer afford to pay their domestic workers, and most of the families who still do pay them in Lebanese pounds, which has depreciated heavily in the last couple of months. Domestic workers in Lebanon either haven’t been paid for months or are earning only the equivalent of $50 a month, much less than their original contractual amount. In the worst cases, some women have been abandoned in the streets by their employers[2], without pay, their belongings, or even their passports, at a time when the airport remains closed and shelters are unavailable.

The situation is equally precarious for domestic workers who previously ran away from abusive employers and survive by relying on day-to-day cleaning work. Both the economic downturn and the lockdown have made such work unavailable for months.

How can we help?

To help meet the needs of some of the most vulnerable migrant workers in Lebanon, MERATH initiated a partnership with a local Christian NGO that closely supports a network of six churches of domestic workers from various nationalities. In the context of our broader COVID-19 response, we have been able to reach about 200 migrant workers with hygiene supplies, and over 20 with reusable masks and emergency food assistance. It is just a beginning, but it is already making a difference in their lives. Djajida confirms:

“We already used the voucher to buy rice, beans, tomatoes, fish, and many other things. It has helped us feed ourselves and our baby boy.  We are so grateful for the people who are behind this, because it is not easy to give to help others, especially in these difficult times for everyone. We believe that God has a plan for our life, and will not abandon us. He has been faithful to us so far. This food voucher we received from you is yet another proof of that!”

Meeting some of these women and hearing their stories has been both emotionally challenging and incredibly inspiring. We grieved with them, for the many injustices and humiliations they have faced. We laughed with them, amazed by their sense of humor. And we prayed with them, for a better tomorrow for them and their children.

Help us give them chances of a brighter future. Partner with us so we can support many more vulnerable migrant workers in Lebanon, for as long as they will need. 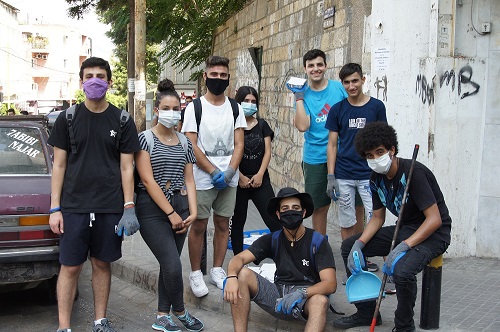 Responding to the Beirut explosion 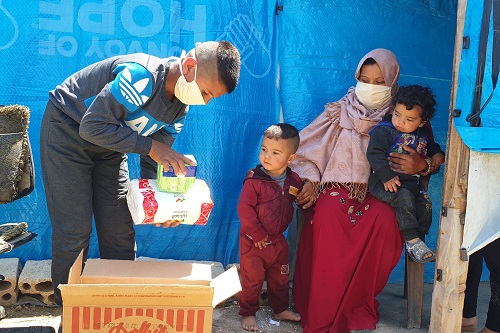 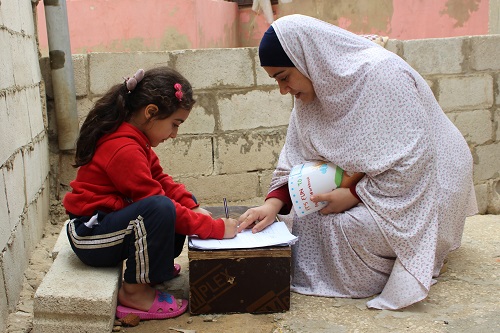 Out of sight, not out of mind 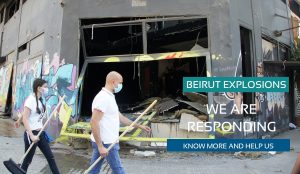