Are there really people like this in the world? 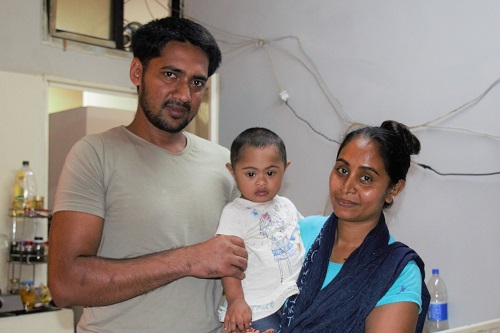 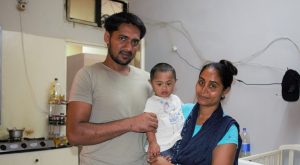 Shati with her husband and their 18-month-old baby girl

My name is Shati, I am from Bangladesh and I have been living in Lebanon for six years. I came to Lebanon in the hope of earning enough money to support my parents, especially since my father was sick and his treatment costed a lot of money. I had to pay $3,000 to an agent to be able to come to Lebanon. Because I did not have the money, I had to borrow money and sell the land I owned in Bangladesh. My husband decided to come with me and also had to pay $3,000.

We had to leave our four-year-old daughter behind. Since the death of my father, she stays with my mother but she is sick too now. I haven’t seen my daughter in the six years I have been in Lebanon. I only talk to her on the phone and we cannot even turn the video on as it costs too much money.

The first family I worked for was good overall, but the “Madam” was very sick. Not only did I have a lot of work, but it constantly reminded me of my father back home who I knew was terminally ill. I missed my country and my family terribly. I was depressed, and in turn I also got very sick. I could not eat. The family never took me to see a doctor, but simply returned me to the agency.

I was then sent to work for a family who did not pay me my salary for the first three months. The husband had two wives, and both gave me a lot of work. I used to sleep at 3am every day. After three months of not being paid despite regularly asking, I ran away from them. Unfortunately, they kept my passport. To this day it is still with them. 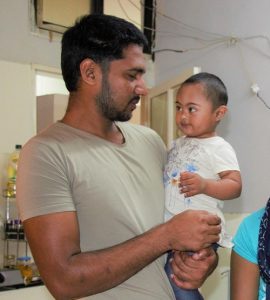 I found work in Beirut in another house, where the lady was very nice. She helped me a lot, and took good care of me when I was sick. I worked at her place and also helped with her elderly mother. After two and a half years, her mother passed away and she left Lebanon.

On his end, my husband faced a lot of struggles too. His first employer at a gas station did not pay him everything he first agreed to and the salary was not nearly enough to cover our needs and send money to our families back home. So he ran away and thankfully found another job in a supermarket, but someone who knew him denounced him, and the sponsor whom he ran away from sent the police to catch him.

They put him in jail, where he stayed for two months and a half before being deported to Bangladesh. I wasn’t even told what happened to him. Thankfully I knew Sarah from the INSAAF center from before and she helped confirm he was being detained and where. Sarah is a good person, she has been so good to me!

After my husband was deported, I paid $4,000 to a Bangladeshi man in Lebanon so that he would arrange for my husband to come back legally. My husband came back indeed, but the man did not make his papers and we found ourselves illegals in Lebanon. The man took all our money and left to Bangladesh. Now we are both without papers. Even our baby girl has no official identity documents, nothing more than a birth certificate. 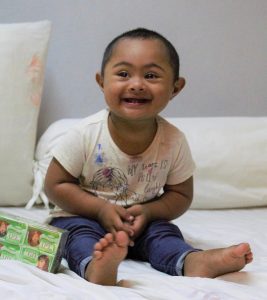 Our baby girl is now 18 months old and I don’t know what is wrong with her (she has Down Syndrome). There is obviously a problem but I don’t know what exactly as I am no doctor. She gets very upset sometimes, especially around people she doesn’t know.

A few days only after she was born, she had a heart defect and she couldn’t breathe properly anymore. It was an absolute medical emergency and I got the most scared I had ever been. The first two hospitals I tried to take her refused to let us in because I couldn’t pay the thousands of dollars they were asking. All the while my newborn was dying in front of my eyes. We had to drive for almost an hour to reach the Rafic Hariri public hospital.

She was taken care of by the UN there. She had to go through a heart surgery. We paid what we could and Doctors without borders covered the rest.

I spent 14 days at the hospital with her following this traumatic episode. When we got out our daughter was better, but we needed a ride back home. My husband’s employer refused to give him a few hours off so he could pick us up. He left anyway and lost his job. His employer owes him $600 that he never paid him. 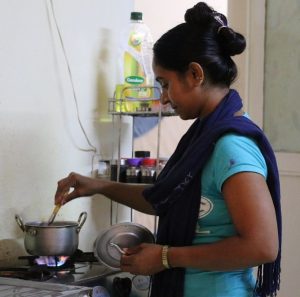 The food voucher we received from INSAAF[1] came just on time. I went to bring groceries with it. Pasta, tuna, chicken, cheese, potatoes, everything my baby girl likes I was able to buy. I helped us a lot, although it was not enough for the whole month as everything is getting so much more expensive.

In the six years we have been here, we have lost so much. Now my father passed away and I wasn’t even there when it happened. My mother is now sick too, and alone in Bangladesh with my ten-year-old daughter who barely knows me. They only have each other. To think that in the last eleven months, I could not send her even one cent, simply breaks my heart.

We desperately want to go back to Bangladesh, although life will be tough there too. But we have absolutely no money to buy plane tickets, let alone the fees we will have for staying in the country without papers for so long. The general security is asking $200 per person and per year without papers. Where are we supposed to find that much money? 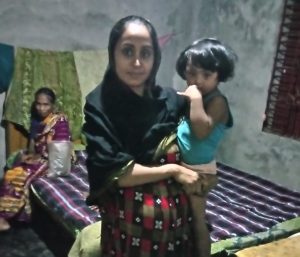 Since the time of this interview, the INSAAF center was able to help Shati and her beautiful family fly back to Bangladesh. Shati is now pregnant with their third child and the situation of the family remains precarious, but at last she was reunited with her mother and older daughter. Keep them in your prayers!

Thousands of women like Shati are still stuck in Lebanon without money or papers. In coordination with the INSAAF center, we have started reimbursing the cost of lawyer fees and repatriation flights and were able to help 10 women go back to their home countries, in Nigeria, Eritrea, Kenya, and Bangladesh. 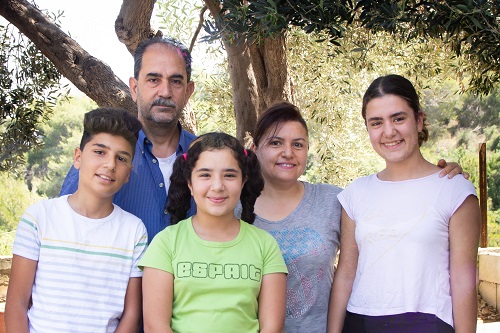 We trust God has better plans for us 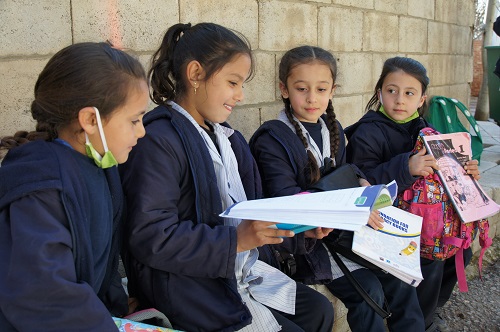 Behave, or you won’t go to school! 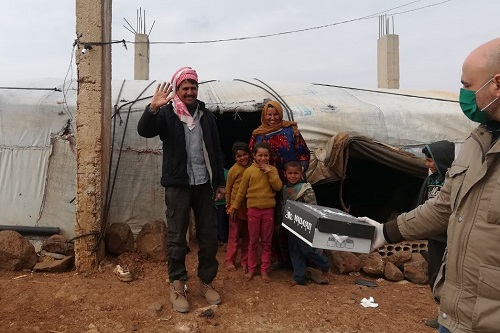 Regaining our value as human being