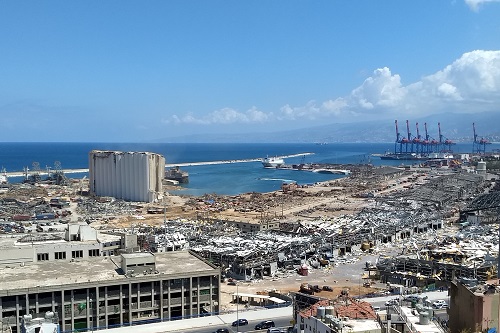 Two years ago, the Beirut port explosion damaged or destroyed the homes of 300,000 people, left more than 200 people dead, injured 7,000, and left most of the capital’s inhabitants traumatized. When this catastrophe happened, Lebanon had already been going through nearly a year of months of political turmoil and mass protests, the collapse of its economy and banking system, and the COVID-19 pandemic.

These overlapping crises required a long-term response. For more than a year and a half, we supported 20 churches and community-based partners in Beirut as they responded to the needs of over 6,000 households in their neighborhoods.

In the process, God opened many doors for them to build new meaningful relationships and strengthen their practical Christian testimony. Although humanitarian needs have never been higher and the worse is still to be expected, they continue to hope and pray for the best, determined to remain salt and light to the vulnerable in their midst.

Quick to respond, steadfast to support

The strength of our network of local partners enabled us to respond quickly and in a coordinated way, while increased support helped us reach more people in more locations. We were also able to reach new groups of vulnerable people, such as Lebanese families and migrant workers, in addition to Syrian refugees.

By sustaining our response over 20 months, our partners were able to assist vulnerable households affected by the Beirut blast and economic crisis longer than the average of other Beirut blast programs, many of which ended in 2021 despite prevailing high humanitarian needs. Rania, who oversees the relief ministry of a partner church, shares:

“The families we serve tell us that many people and organizations promised they would help them but abandoned them somewhere on the way. By contrast, they are so thankful that we were able to stand by their side and even the smallest things we helped them with gave them some joy during these difficult times.”

All through 20 months of support, our 20 partner churches and community-based organizations in Beirut were able to build meaningful relationships with a lot of new families in their community and witness Christ’s unconditional love to them. Rania confirms:

“The 4 August explosion took away what little joy and hope was left. But I thank God because He is able to work all things together for a greater good. I thank God because He allowed us, as a church, to enter many new houses and plant seeds of hope, and to stand by many new families materially, psychologically, and spiritually.”

God used such practical Christian testimony to restore hope in people and to draw many closer to Him. Sarah, who leads the INSAAF center, shares her experience with migrant domestic workers in Lebanon:

“Soon after the blast, MERATH came alongside us and helped us distribute cooked meals to migrant domestic workers. In time, we were blessed with many other items and we gladly supported hundreds of women. Many of these women came back, wanting to know who we were and who was this God that we were serving.”

Expecting the worse, hoping for the best

Since the blast, Lebanon’s economic and financial crises—considered by the World Bank as among the worst in the world in the past 150 years—have continued to deteriorate. The crises have resulted in massive unemployment, a severe devaluation of the Lebanese Pound (LBP) of more than 90% of its official value, soaring inflation, loss of purchasing power, increased hunger, and shortages and rationing of fuel, electricity, and medicine. As of August 2022, more than 80% of the Lebanese population now lives in poverty, and over 90% of Syrian refugees live in extreme poverty.

The Russian invasion of Ukraine sparked new food and fuel price increases across the country, which are projected to further exacerbate food insecurity and vulnerabilities in the coming months.

We have now reached the end of our explosion response, and are currently in the painful process of scaling down the level assistance we had been providing since the blast at a time when humanitarian needs are higher than ever.

In this challenging context and although at human sight, the worse is still to be expected, our partners continue to walk by faith and are determined to remain messengers of hope. David, a church partner in the Beirut area, sums it up beautifully:

“As a church and for about a year and a half, we stood by the same people who were affected by the explosion. Unfortunately, until this day, nobody’s situation is back to where it was before. There are still a lot of material needs, psychological issues, and the general situation of the country is terrible. We hope we can continue to help many families and that God can continue to be glorified in everything we do”. 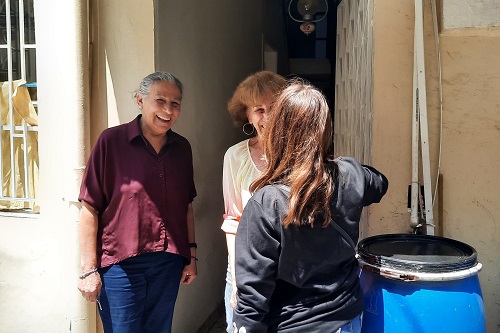 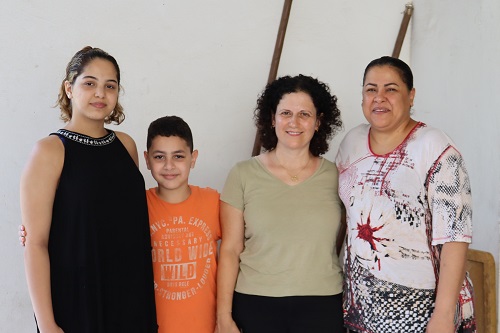 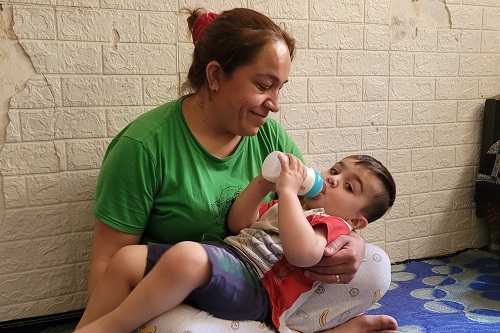 The Lord will provide